Unlike fossil fuels, biofuels from renewable sources can be produced from biomass very quickly. While the production of fossil fuels such as crude oil is formed through the heating and compression of biomass over thousands of years, renewable biofuel production is much more rapid.

Some types of biofuel can be used without much processing, e.g. using wood logs to fuel a fire for cooking and space heating.

The two most common types of processed biofuel today are bio-ethanol and bio-diesel.

Bioethanol is ethanol made by allowing the biomass to ferment. Typically, biomass very rich in carbohydrates is selected for bioethanol production, e.g. sugar cane, corn or sweet sorghum, but several other biomass sources are utilized on a commercial scale as well today, including wood and grasses.

Biodiesel is produced from oils or other fats through a process called trans-esterification. Examples of commonly used oils and fats for the production of biodiesel are corn oil, canola oil and soybean oil. 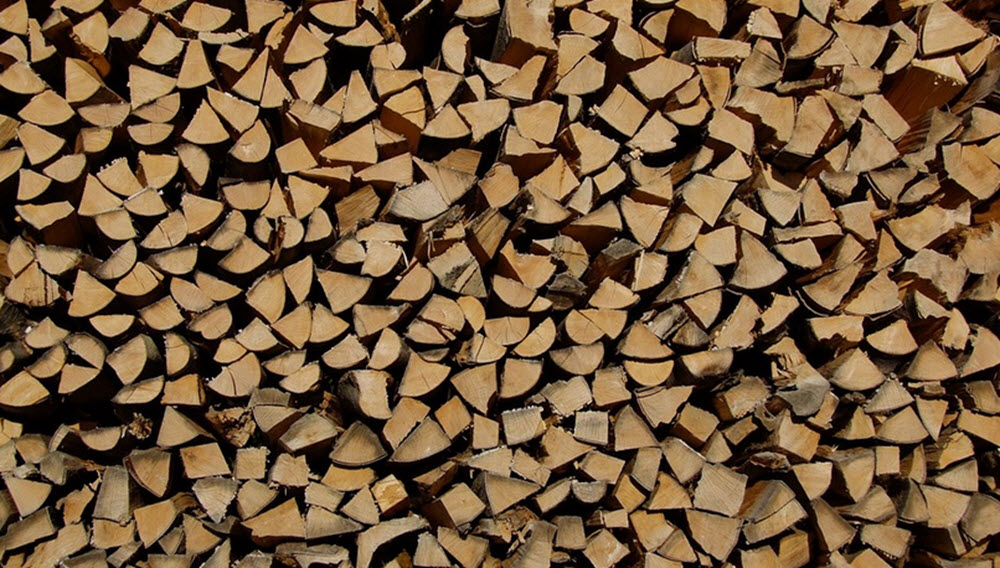 When talking about biofuels, it is common to divide them into generations, to denote the developments within the field of large-scale commercial biofuel production.

Biofuels made from food crops are considered first-generation biofuels. Food crops rich in sugar, starch or oil make great biofuel, but this practice has become controversial since arable land that could be used for food production is used for fuel production instead.

Second-generation biofuels are made from lignocellulosic or woody biomass or agricultural by-products. Here, the practice of “turning food into fuel” is less glaring, and marginal (not very arable) lands can be utilized. Examples of popular sources for second-generation biofuels are perennial grasses, by-products from the sugar cane and sorghum industries, jatropha, and waste vegetable oil from restaurants.

Biofuels derived from algae are considered third-generation biofuels. Both micro-algae and macro-algae can be used for biofuel production, and they can be cultivated in freshwater, saltwater or brackish conditions (depending on species). The biodiesel currently produced from microalgae contain more polyunsaturated fats than biodiesel from corn, soybeans, etcetera. A high degree of polyunsaturated fat in biodiesel is problematic in cold temperatures.

The class of biofuels known as fourth-generation include electrofuels and solar fuels. Electrofuels are produced by storing electrical energy in the chemical bonds of liquids or gases, such as butanol, butane and hydrogen. Solar fuel is a synthetic chemical fuel produced through solar energy, i.e. light energy from the sun is converted into chemical energy.

There are multiple ways that you can invest and profit from biofuels and their increasing prominence in society.

Examples of commonly utilized biofuels in gas form are biomethane and syngas.

Biomethane (often referred to simply as “biogas”) is produced when organic materials are digested by certain organisms in an anaerobe environment. The digestion yields a blend of biomethane, carbon dioxide and certain other components, and purification is therefore required if 100% pure methane gas is needed. In the atmosphere, methane is a greenhouse gas. Preventing methane from escaping from methane production plants is therefore important.

Syngas is a mixture of carbon monoxide, hydrogen and certain other hydrocarbons. It is produced through partial combustion of biomass, i.e. when there is not enough oxygen present to achieve a complete conversion into carbon-dioxide and water. Syngas can be burned directly in internal combustion engines. Alternatively, the syngas can be used to produce methanol, hydrogen or dimethyl ether. Through the Fischer-Tropsch process, syngas can be turned into a diesel substitute.

Examples of biofuels that are commercially available in liquid form are ethanol fuel, vegetable oil, and various types of biodiesel.

Ethanol can be mixed with gasoline to fuel engines designed for gasoline use. Using pure ethanol in such an engine is not recommended. (The situation is different for racing car engines specifically developed for 100% ethanol fuel.)

Ethanol has a lower energy density than gasoline, and will thus require more space in the tank for the same energy output. On the plus side, an ethanol-gasoline mix will have a higher octane rating than pure gasoline, and this allows for an improved engine compression ratio, which in turn means better thermal efficiency. The lower energy content in ethanol is therefore partly counteracted by increased efficiency.

Ethanol is one of the most commonly used processed biofuels in the world, with Brazil being both a major producer and major consumer due to their large sugar cane industry. Alcohols, including ethanol, can be produced through the fermentation of sugars present in crops such as sugar cane, sugar beets and corn. Produce that would otherwise be wasted, e.g. damaged fruits and root vegetables is another option.

The distillation process requires a lot of energy, and the ecological impact of ethanol fuel production depends a lot on where this energy comes from. To move away from fossil fuels, many distillers in Brazil are now utilizing bagasse as the energy source. Bagasse is a waste left after sugar canes has been pressed to extract their sweet juice.

In a conventional diesel engine designed for fossil-derived diesel (petroleum diesel), it is best to blend the biodiesel with petroleum diesel instead of using pure biodiesel when the car is exposed to winter cold. If you want to use pure biodiesel during the winter, that is not impossible, but it will require some special maintenance and may result in decreased performance. How biodiesel reacts to cold temperatures depends on its source.

Biodiesel can be produced from various oils and fats through a process called trans-esterfication. The resulting liquid is in many ways similar to diesel derived from fossil fuel. Examples of crops currently used to make biodiesel are soy beans, rapeseed, flax, sunflower, hemp, and jatropha.

An advantage of biodiesel is that it is safe to handle and transport, since it is non-toxic and biodegradable. Also, the flash point is circa 148 degrees C, which is considerably higher than for petroleum diesel (flashpoint 52 degrees C). The risk of accidental ignition is therefore much lower.

There is a long history of using vegetable oil as fuel for lamps (“oil lamps”). Today, it is also possible to run vehicles on vegetable oil, although it is quite rare since processing the oil into biodiesel is much more common. 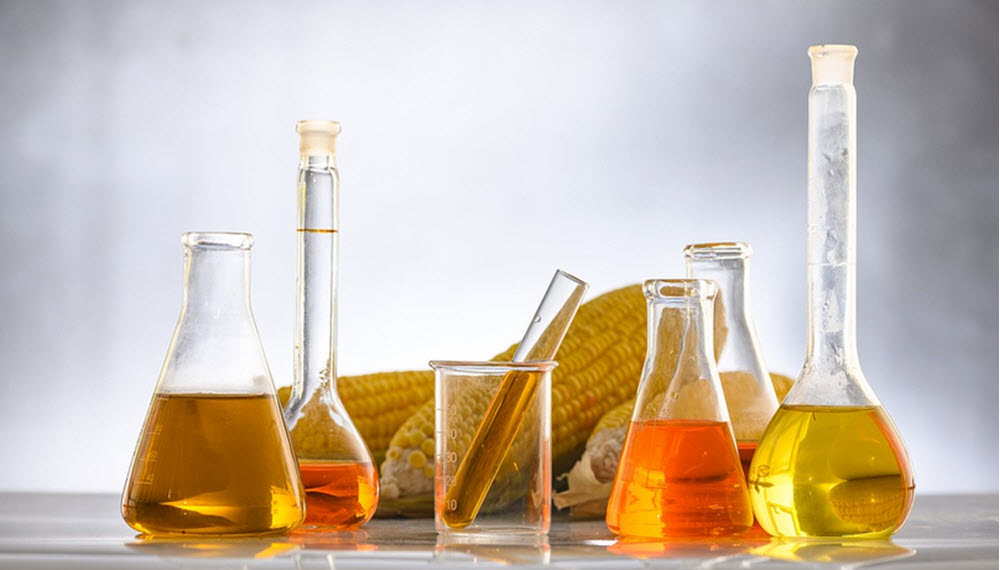 A handful of smaller companies is offering engines that can be run on unmodified vegetable oil. This has become especially popular among environmentally conscious drivers who wish to fuel the vehicles with used oil from restaurants.

Vegetable oil can also be used in many of the old-style diesel engines that do not have common rail or unit injection electronic diesel injection systems. Indirect injection engines tend to work well with vegetable oil, since they give the oil molecules (which are comparatively large) enough time to burn.

It should also be noted that vegetable oil (and other oils and fats) can be hydrogenated to create a liquid fuel with a high cetane number that is is low in both aromatics and sulphur, and doesn´t run into performance issues at winter temperatures. This hydrogenated oil works as a diesel substitute that can be blended with diesel. 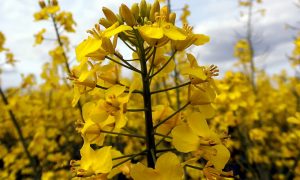 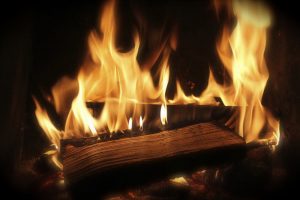 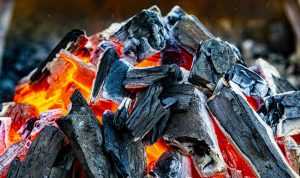 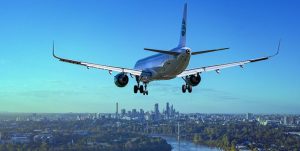